Japan's dizzying pace of economic growth after the war became the envy of countries world over. Over the past several years, however, Japan's growth has stagnated and its international competitiveness ranking has fallen steadily. With a painful awareness of this situation, our mission is to help Japan regain its prowess by building on the best aspects of Japan - its people, ideas, concepts, designs, technologies, products, culture and lifestyles - through businesses that will help Japan contribute to the world.

In an Internet era where entry into global markets has become easier, we will strive to create platforms for global scale businesses that build upon superior Japanese assets discovered or developed by ALEX.

In doing so, we hope to contribute to the prosperity and quality of life of Japan and the world over.

Message from the CEO

In the latter half of the 20th century, Japan's manufacturing industry flourished both domestically and overseas to secure unparalleled global reach and success. Sony Corporation, a company I was working at, was founded 64 years ago in the aftermath of the war and grew rapidly to become a preeminent global corporation that was the pride of Japan. One after another, it produced innovative products that captivated consumers worldwide.

Recently, however, Japan's presence seems to have become weaker, a sentiment shared by many. In fact, looking at a report issued by the Ministry of Economy, Trade, and Industry, Japan's international competitiveness has fallen rapidly over the last several years.

Ever since the Internet became an integral part of our society, the speed of change has accelerated dramatically. In such an environment, only those who aggressively seek new opportunities survive. Those who fear change or are reluctant to embrace it quickly get left behind.

Japan is the home of many exceptional people, ideas, concepts, designs, technologies, products, cultures and lifestyles. Keeping all these captive within Japan would be a loss for everyone. Utilizing the benefits of the Internet era, our company will strive to produce global businesses that maximize these Japanese assets. Our mission at ALEX Corporation is to create new values for the world.

Born in Fukuoka Prefecture. Graduated from Keio University's Graduate School of Engineering in 1984 and entered Sony Corporation in the same year. Through the company's overseas study program, went to the United States to study at California Institute of Technology's Department of Electrical Engineering. Developed such Sony hit products as the "VAIO" personal computer, the "Sugoroku" HDD DVD recorder, the "CoCoon" television channel server and other major products. After resigning from Sony in March 2006, joined Google in 2007 and was appointed President of Google Japan. Played a key role in Google's growth in the Japanese market. Resigned in April 2010 to establish ALEX Corporation. Currently serving as the representative director, president and CEO of ALEX Corporation. 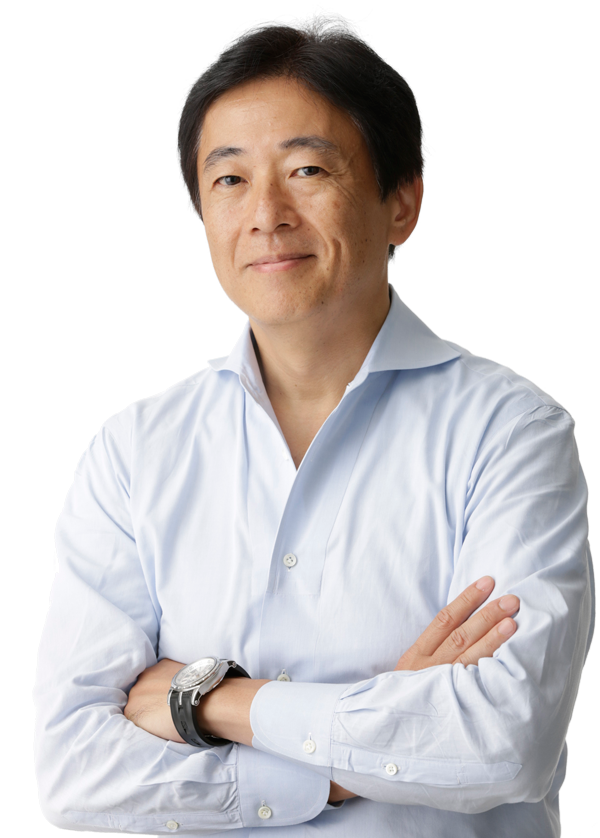 We created our company name ALEX as a friendly name which can easily be pronounced from anyone in the world. "A" means the first or the beginning as the first letter of the alphabet. We infuse to challenge something brand new into this letter. "AL" means the Active Life. We intend to contribute to the active lives of all humans. "EX" stands for the Experiences, Execution, Exploration, Extraordinary, Entertainment and infinite possibilities.

The naming ALEXCIOUS as our global online commerce platform is starting from "A" of ABC and the combination of ALEX and Precious, Gorgeous, or Delicious.

The naming COUNTDOWN as our global crowdfunding platform is starting from "C" of ABC and means the Cloud or the Crowd as a couple of key words of the internet era. It also expresses the tension to launch a new challenge.

The following is ALEX's Management Philosophy: